Regular readers of my blog will know that though I think that Dubai has made tremendous advances in its overall passenger transport system in the past couple of years, I am no fan of the Road Transport Authority which runs the service.
I am trying to put myself in the place of the hapless tourists who gullibly swallow the marketing hype of the publicity spinners and book their vacations in this city. How do they cope with getting around – apart from taking taxis to and from every possible location?
This line of thought is especially poignant for me now that I have had to sell my beloved car and travel with the masses using the aforementioned public transport. I decide to do some research to see just how easy it is to get from A to B – bearing in mind the RTA’s slogan of “Moving People” (gad – did someone get paid for thinking up that one; not to mention a subsequent stunner of a one-liner: “Get Around the City at your Convenience”?) 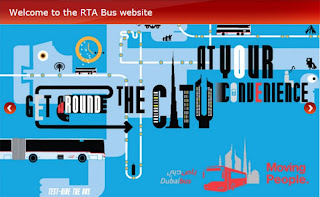 As I have a temporary base in a compound to the south of Ibn Battuta Mall (called Muntaza Compound) I think to myself it could be useful to know how often the local feeder bus route operates so that if I needed to get, say, to the airport, I could let the RTA move me! Ibn Battuta Mall metro station is a mere 18 minute walk away, but in the heat and humidity of Dubai, that is not something to be entertained lightly.
So I log onto the pride of the RTA site – a subsite called Wojhati, or Journey Planner. I tell it that I want to go from Muntaza to the airport. And in no time at all it tells me that I should take a number 99 bus going towards Jebel Ali to reach Ibn Battuta. 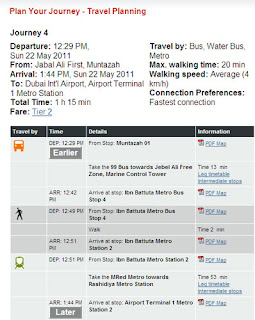 Oh dear; we have a problem already. The bus to Jebel Ali has come from Ibn Battuta already. What we actually need is a 99 going towards The Gardens, not Jebel Ali. Zero out of 10 so far! The site also helpfully mentions that the fare to the airport will be AED 4.10 (ie two tier zones). It isn’t. Due to the fact that the bus’s ‘Nol’ electronic fare system is fed by an inaccurately set up GPS system, the overall fare comes in at AED 5.80 – ie three tier zones, where it should only be two.
OK, so I am hardly going to complain at paying 5.80 instead of something approaching 100 in a taxi, but that RTA site still scores a hefty zero in my book. At least it gets the number of the bus right, even if it is going in the opposite direction!
I log on to Dubai Airport’s site – dubaiairportguide.com – and read with interest about the night buses serving the city at half hourly intervals throughout the night. Unfortunately there are no longer any night buses in Dubai – they were discontinued eons ago by the thoughtless bureaucrats who never, it would appear, use public transport themselves.

Those hapless travellers will also need to know that they have to buy “Nol” cards before using any public transport in the emirate. Where to get them though? That is the question faced daily by frustrated visitors. I look up the Dubai Airport site again. Ticket offices are located in the 10 open metro stations, it tells us. 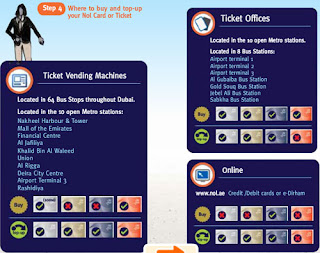 Errrr…. Just a minute. A number of months have now passed since almost all the stations on the red line were (finally) opened – including Airport Terminals 1 and 3. So another zero out of 10 for useful information.
In frustration I eMail the web master of the site – which in fairness has asked for comments from its readers.  Within 16 hours I am sent a reply… “Thank you for contacting Dubai Airport Guide. We aim to reply to all questions or queries as soon as possible and usually within 24 hours. Kind Regards Dubai Airport Guide” 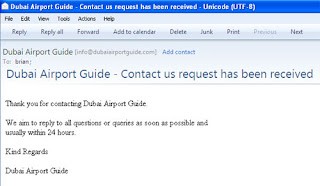 That was three weeks ago. I have stopped holding my breath!
Back to the RTA’s web site for more erudition… But their Dubai bus map is not only of such low resolution that it is almost impossible to read any of the bus routes, but worse, it is of July 2010 vintage – well before the majority of Dubai’s present bus routes were either introduced or changed. Once again zero out of ten. 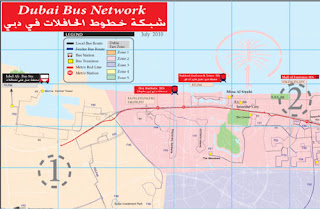 The metro map is not much better. It may well list the stations on the red line, but calmly tells us that most of these have not yet been opened. Again zero out of ten. 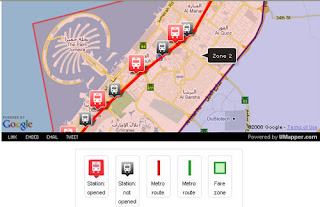 So I turn to the RTA’s very own blog site. “Thank you for your interest in our website,” it purrs. “This page is dedicated to share our experiences related to Dubai bus [no mention of the metro I notice] where we can all share our experiences. Your comments will contribute to this blog’s success.” 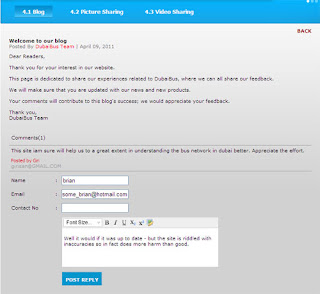 I make my contribution, suggesting they update their site. But it turns out the so-called blog is moderated, and again, three weeks later there are no signs of my comments.
I turn to their picture sharing section where I am thrilled to see three pictures of Dubai buses. 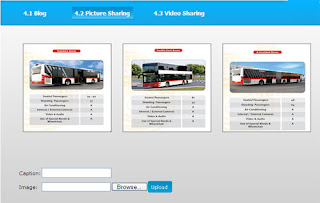 I turn to their video sharing section but as of now no one has thought to share their videos of Dubai’s buses. Shame! 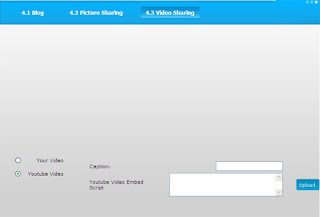 Devastated not to be able to enjoy a video of a Dubai bus, I turn to the rules and regulations section and discover that under the rules of the Metro, one is not allowed to distract the driver while the train is in motion. An interesting thought indeed, given that Dubai is so proud of its driverless trains! 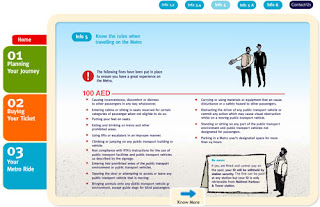 But friendly to the last, the site tells us that the following fines have been put in place to ensure you have a great experience on the metro. Try telling that to the very many tourists who are regularly hauled off the trains for such heinous crimes as drinking water from a bottle, or just chewing gum. I’m not sure they would really describe their experience as a great one.

But looking on the bright side, it also tells us that we must not throw any litter or spit through windows. So that comes as a great relief for all of us.
So, dear tourists – don’t say you have not been warned. Oh, and by the way, you will also most likely have read on numerous web sites that the UAE is famed for its Arab hospitality. But hey – who believes what one reads on the web anyway?
Sorry RTA – you still score zero in my book for your abysmal web and your even more abysmal ‘blog’. But think positive – at least we can all be assured that it can only get better from here on in!

It appears that it is not only the RTA's web site that is in urgent need of attention, if the signs at Ibn Battuta Metro station are anything to go by. Want to buy a ticket during the rush hour? Too bad if you want to use the automatic machine... 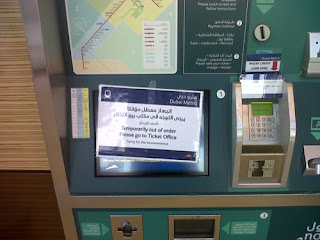 It is "temporarily out of order". But never mind, we can always go to the ticket office... 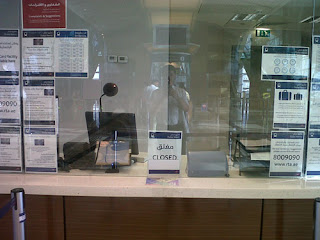 Oh shucks... it is closed. But no matter - there are two ticket office booths: 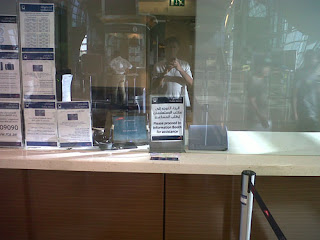 Whoops. There is no one manning the ticket office during the rush hour. But hey, we can always queue up for 15 minutes to buy our tickets at the Information booth opposite.
Want to let your nearest and dearest know you are gonna be a little late due to lack of facilities at the station? Too bad if you haven't got a mobile phone... 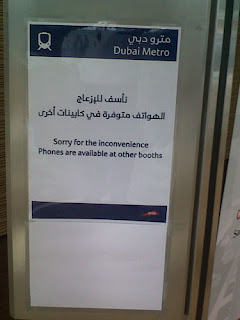 But first you have to find any other booths with a working phone (sounds a bit like London's phone boxes doesn't it!). In Ibn Battuta, there are 11 phone stations with no installed phones!
Frustrated with the station facilities and just want to get out - perhaps across the road using the footbridge? Huh! Think again! The station has only been open for some eight months - hardly enough time for the powers that be to get their escalators working, surely? 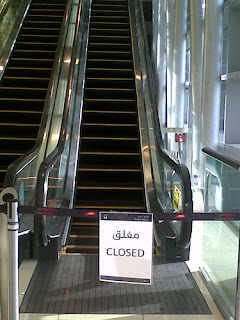 So admit it! Now you are thoroughly pee'd off? Sorry again. The loo is closed for maintenance... 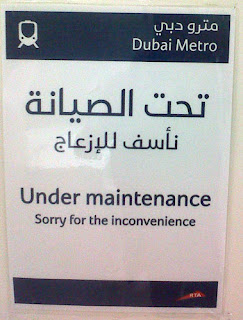 Else just in case you didn't get the message, your convenience is out of service. Sorry for the inconvenience! :)) 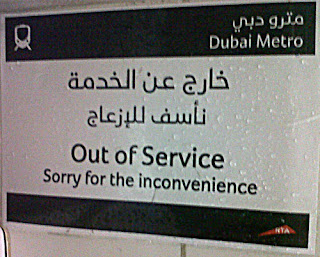 Of course this is always assuming you can get INTO Ibn Battuta station in the first place!
Oh, and BTW - is there anyone out there who can explain to me why it costs 1.80 dirhams to go from Ibn Battuta to Muntaza, but 4.10 to go from Muntaza to Ibn Battuta?
Addendum 2
OK, so maybe the powers that be read this blog? Two days after it is posted, I go along to the bus stop at Muntaza and wait for the 99.... and wait.... and wait.... and let me tell you that waiting in 45 degrees for a bus that never comes is not the nicest experience.
Eventually I hail a passing taxi and take it to Ibn Battuta (10Dhs rather than the 4.10 I was complaining about).
I then ring up the RTA's "Help Line" to enquire what has happened to today's 99. Oh hello, Mr Brian, a girl called Sarah answers. Thinks: how does she know who I am? It must have been from when I last rang up the RTA some two years ago. Obviously at least one of their computers works in this place!
I am informed that the 99 bus has been withdrawn from circulation. No announcements on the bus; no notices on the bus stops; just withdrawn. One day it is there. The next day it is not.
I ask why no one in the RTA thinks it is important to let the passengers standing sweltering in the sun know that the bus they are waiting for no longer exists. Not surprisingly Sarah has no answer.
But actually the answer is perfectly clear. It is yet another example of RTA's philosophy of Fuck the Customer - We have a monopoly so see if we care!
Customer service? Oh please - don't make me weep!